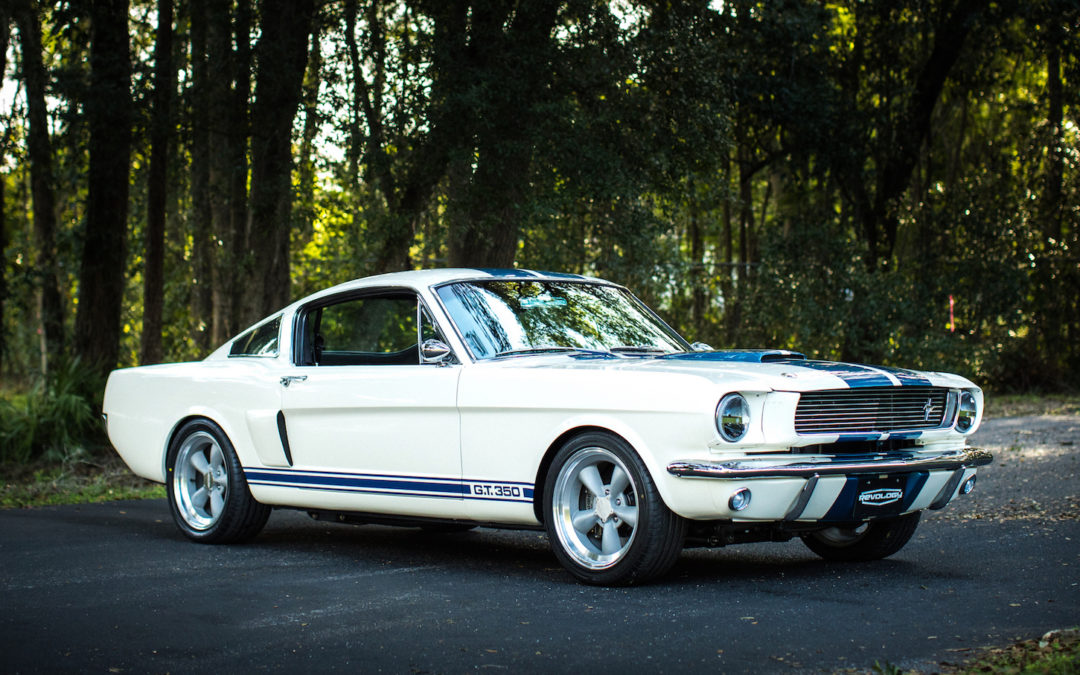 The Ford Mustang has never been a better performance car. With a range of powerful engines and a track-focused GT350R derivative, pony car fans should have zero complaints.

However, the performance capabilities of the current Mustang can’t stop classic car fans from fawning over the 1960s ‘stang. The iconic fastback and convertible body styles are perhaps even cooler today than they were back then. For this reason, gearheads can’t get enough of restored Mustangs, Chargers, Cuda’s, and other storied muscle cars.

There are plenty of speciality shops out there that will happily wrench on your classic car, but few that build an automotive legend from scratch. Revology prides itself on its Mustang Replicas – not just because they look cool – because they’re built from the ground up to have the presence of an original Mustang, with the performance and comfort of a modern sports car.

Revology founder Tom Scarpello ran Ford’s Special Vehicle Team from 1998 to 2004 and has been restoring and racing Mustangs since 1982. It’s safe to say he has a passion for these cars. In fact, his whole team has an unshakable appreciation for the original pony car – every employee is called a “Revologist,” signifying their resolve to make classic cars like new.

Revology Cars manufactures each Mustang Replica from its headquarters in Orlando, Florida. Five body styles are available and can be customized with a number of unqiue interior, powertrain, transmission, suspension, braking, and safety components. Replica options include the 1966 GT Convertible, 1966 GT 2+2 Fastback, 1966 Shelby GT350, 1967 Shelby GT500, and 1968 GT 2+2 Fastback.

At the heart of each Revology Mustang is a 5.0-liter “Coyote” V8 from Ford. Output depends on both the model and whether the buyer adds a Roush supercharger. Between 435 and 600 horsepower is sent to the rear wheels via a five- or six-speed manual transmission, or an automatic gearbox.

A Revology Mustang Replica doesn’t come cheap, with the cheapest model (GT Convertible) starting at $160,000. That amount of cash buys you some pretty awesome new cars, but if you want a new Mustang with classic appeal, it doesn’t get much better than Revology.