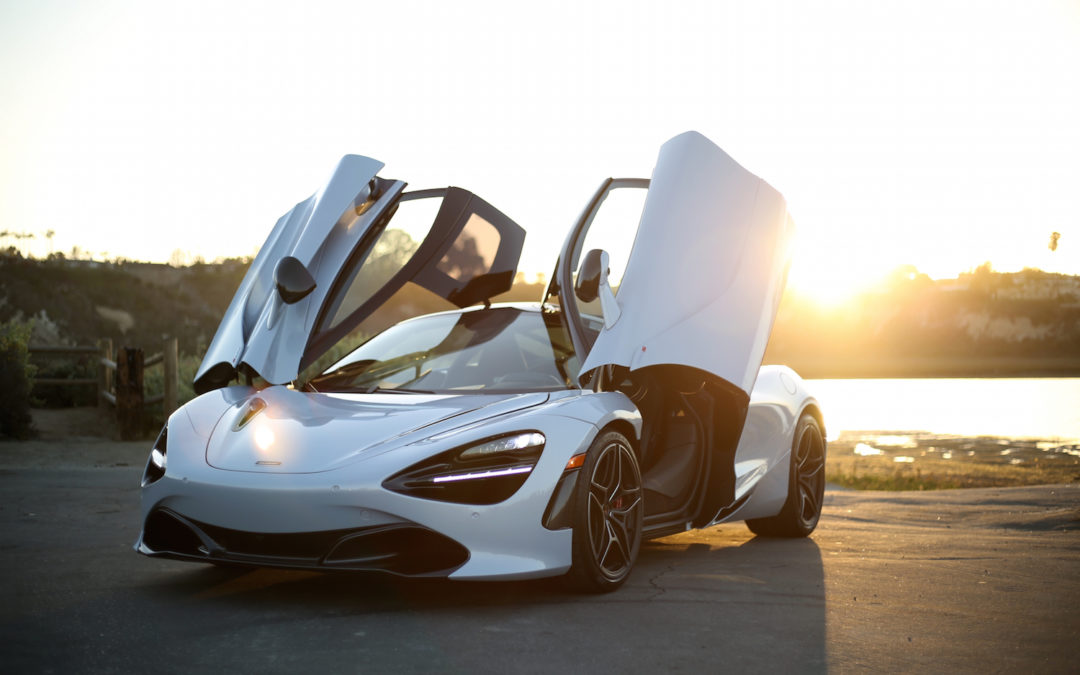 There is a type of laughter that betrays our pride — one that hides within us until a moment of weakness. The laughter in question may take the form of a supernatural vocal frequency or a goofy facial expression – or likely some combination of the two. When we properly prepare for something humorous, we control our reactions, but when a situation overwhelms us, it’s impossible to restrain this embarrassing display of joy. No method or degree of self-discipline can save us.

The good news is that these “occurrences” are typically rare. We look foolish for a moment, those around us snicker and poke fun, and then life resumes. However, there is an infallible trigger for this frightful spectacle – one that masks itself in an enticing form. The McLaren 720S is one of the fastest cars on the planet, and it keeps our dignity on a tight leash.

McLaren’s latest Super Series model succeeds the sensational 650S to fend off new rivals like the Lamborghini Huracan Performante, Ford GT, and Porsche 911 GT2 RS. Priced from $285,000, the 720S offers hypercar performance, technology, and design at a relative bargain. Our time spent with this British-built (and alien-engineered?) machine introduced deeper awe for this class of car than ever before.

Despite the strides McLaren has made since the 650S was birthed five years ago, it remains the “alternative” supercar manufacturer to more recognizable brands like Ferrari, Porsche, and Lamborghini. Rather than mimicking its competitors, McLaren has pushed its form-follows-function design language further to create the 720S’ exclusive shape.

Enthusiasts recognize the 720S in an instant, but all other onlookers can merely surmise the car is special. Aerodynamics influence every bit of the vehicle’s form, but in such a non-traditional way that some may not appreciate the car’s styling. We, for one, find it enchantingly beautiful and appropriately distinguished — as all supercars should be. The McLaren 720S is built to go fast, and the cabin reflects that directive. Alcantara, leather, and carbon fiber weave together to create a sporty aesthetic with the right amount of stylized and premium details. The tightly bolstered sport bucket seats offer enough support and comfort for extended drives, but show their true merit when the cornering G-Forces get extreme.

An artful and ergonomic center stack layers the drive modes like knurled metal steps ascending from the launch button to the red ignition control. There isn’t a park button; drivers instead must engage neutral before pulling the parking brake tab to the left of the steering wheel. The wheel itself is covered in grippy microfiber suede material and features a flat-bottom. Mounted to the steering rack is a pair of oversized carbon fiber paddles.

Two digital monitors serve up ample data to the driver. The LCD driver display places the tachometer front and center, encompassing a digital speedometer. To the left and right of the tachometer is a rotation of telemetry, media, navigation, and vehicle alert information. Engaging reverse fills the entire TFT screen with a wide-angle image of the rear view. All this sounds typical of a luxury vehicle, but the 720S has a clever trick: the entire screen transforms from its standard upright position to a flattened orientation. At start-up, the screen erects, but the press of a button on the dash, or the transition to Track driving mode flattens the monitor to reveal just a horizontal tachometer, speed readout, and chosen gear. The second, portrait-style monitor, sits adjacent to the powertrain and suspension adjustments. All entertainment and climate settings are configurable in this iPad Mini-sized tablet via touch controls, a large scroll wheel, and a small assortment of physical buttons. Passengers can connect their smartphone via Bluetooth or from one of the two USB slots, but Apple CarPlay and Android Auto are unavailable. Even without these interfaces, McLaren’s infotainment system is intuitive and responsive – certainly more so than the Huracan Performante we tested a few months prior.

We’ll gloss over the driver aids, because, apart from some parking sensors, the McLaren 720S doesn’t have assistance features. Those who need lane-keeping assist in their supercar are missing the point. The 720S isn’t without user-friendly accommodations, however. The butterfly doors, for example, feature center cutouts that avoid potential head-jam on entry and exit. Visibility is excellent, thanks to thin A-pillars and large windows. A large front trunk fits either a pair of small suitcases for a weekend getaway or a month’s worth of groceries. Owners probably won’t use their $300K supercar every day, but if they so desire, the 720S can play errand-runner better than any of its key rivals.

As impressive as the 720S may be at rest, it won’t make you giggle like a goon until wheels are in motion. Mated to the car’s evolutionary carbon fiber monocoque chassis is a 4.0-liter twin-turbocharged V8 tuned to produce 710 horsepower and 568 pound-feet of torque. Like most of its rivals, the McLaren uses a seven-speed dual-clutch transmission to shuttle power to its rear wheels (only the Huracan Performante features all-wheel drive). Performance specs are massive. Zero to sixty mph takes just 2.7 seconds and top speed is a staggering 212 mph. The real eye-watering metric, though, is how quickly the 720S gets from naught to 124 mph. In 7.8 seconds, a Chevrolet Cruze is cresting 60 mph while the McLaren 720S is more than doubling its speed. By comparison, the 700-hp 911 GT2 is dead even to 60 mph, the 640-hp Huracan Perfomante takes two additional tenths of a second to hit its mark, and the 647-hp Ford GT is the slowest of the bunch at 3.0 seconds to 60 mph. The way the 720S serves up its power is remarkable, too. Unlike the 650S, which hesitated slightly before smashing you with turbocharged torque, the 720S surges forward with smooth, progressive force. The experience is less rollercoaster, more jetliner.

The gearbox is a marvel, affording downshifts and upshifts as quickly as your fingers can rip back on the paddles. Carbon ceramic brakes scrub speed like crumbs off a plate. The adaptive suspension system – with three distinct damper settings – filters harsh bumps while keeping the chassis planted in corners. All that aerodynamic bodywork isn’t for show, either; the downforce generated by the front splitter and active rear wing feels like you’re driving over a strip of industrial-strength magnets. The sensation calls to mind the Huracan Performante’s innovative ALA system. McLaren’s methods are more traditional, but the effect is similar: confidence-inspiring handling and, yes, uproarious fun.

The 720S story isn’t all about tenacity, though. Driven like a sane person, the car is tractable and refined. Steering is responsive, but not frenetic. In its Comfort drive mode, the McLaren hums along at a decent volume and softens its suspension significantly. A hydraulic front lift system raises the nose to avoid any scraping of the car’s expensive bodywork. Where the Porsche 911 GT2 RS, Ford GT, and Lamborghini Huracan Performante feel out of their element when not on a race track, the McLaren 720S is at home in both realms.

Stacked against its key rivals, the $280K Lamborghini Huracan Performante, $294K Porsche 911 GT2 RS, and $478K Ford GT, the McLaren is the second least expensive, most powerful, tied for quickest to 60 mph, and (we’d argue) the most usable on a daily basis.

You and those in the know are keenly aware of what the Brits have accomplished with this supercar — probably because you’re laughing like a lunatic.

Shopping for a supercar is nothing like buying a “normal” vehicle; numbers are just part of the story. Crazy capable as the 911 GT2 RS may be, Porsche 911s are a dime a dozen on public roads and few will distinguish between your 700-hp monster and a base Carrera. The Ford GT certainly looks the part, but you could effectively buy the Lamborghini and McLaren for the same price as a GT loaded with options. Lamborghini’s ultimate Huracan puts up the strongest fight, and deciding between its managed chaos and the 720S’ performance precision will no doubt come down to buyer personality.

Though a McLaren key may not impress the masses like a token from Porsche, Ferrari, or Lamborghini, the 720S is engineered like a secret weapon. You and those in the know are keenly aware of what the Brits have accomplished with this supercar — probably because you’re laughing like a lunatic.